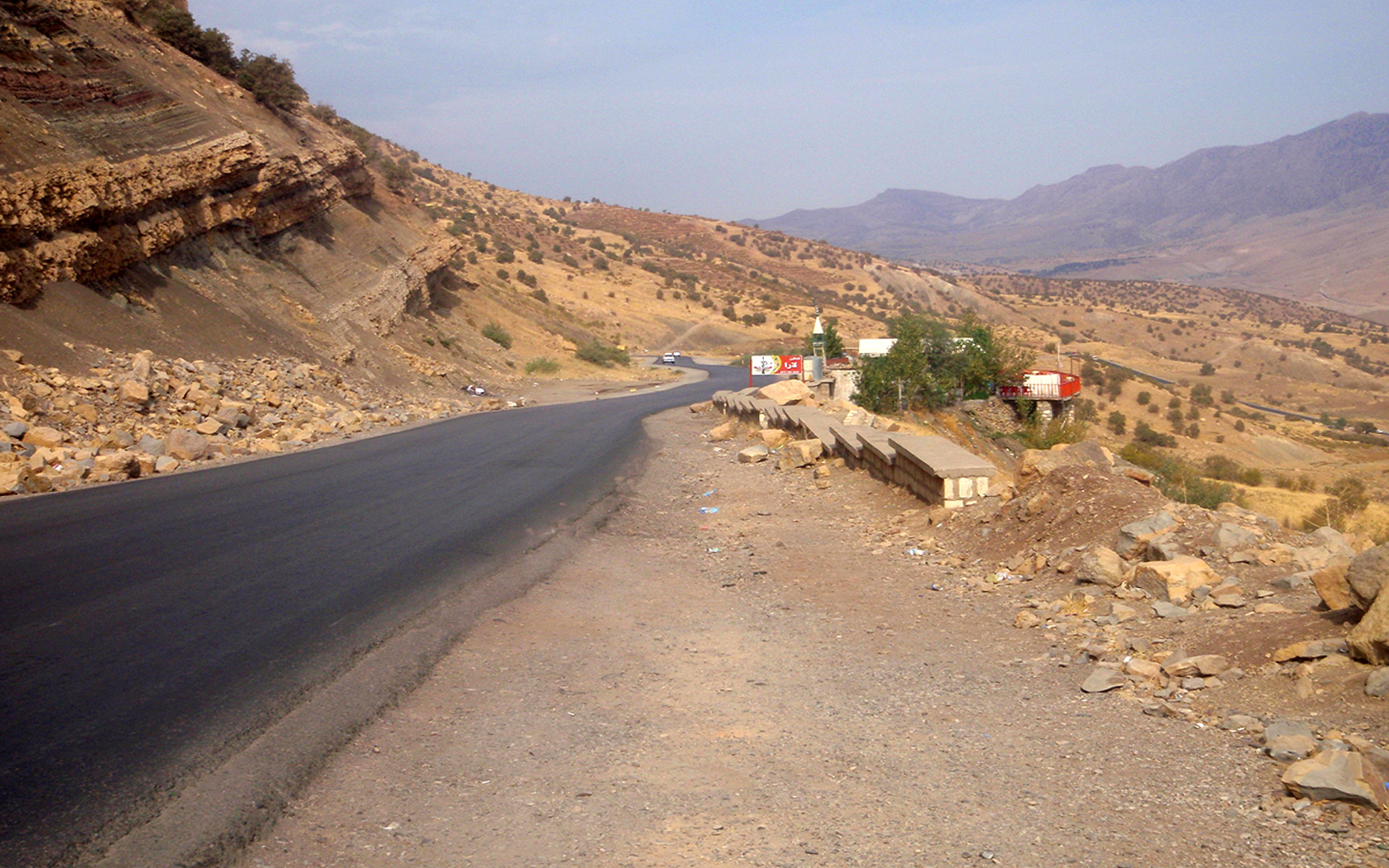 A picture's worth a thousand words...

So, here's a picture of my previous bike of choice, a Greenspeed GT3 tadpole trike 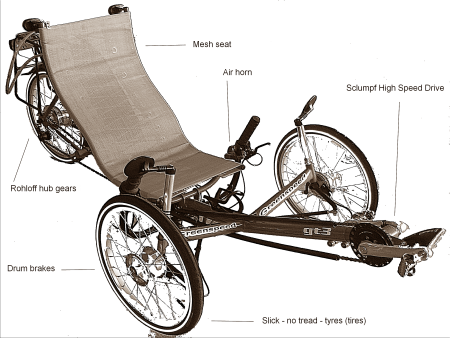 The basic GT3 is the 'mass-produced' Greenspeed. The frames are made in Taiwan and the trikes assembled in Australia, the idea being to get the (usually) exhorbitant cost of these bikes down to a reasonable level

My first trike, a Greenspeed GTO, was custom built and cost somewhat more than the GT3, even tho I've optioned up from the basic model with a really nice drive train. A Rohloff hub on the rear and a Schlumpf High Speed Drive up front which combine to give a gear range of something like 9 to 125 inches, in theory I could ride up a wall with gears like that. I can't. But that's another story - back to the trike

My current trike, an ICE Adventure FS, is configured more like the GTO than the GT3 and has a higher ground clearance for off-road 'adventures' and both front and rear suspension - that use polymer elastomers to soak up bumps - as well as (an after-market) electric assist

Recumbent trikes come in two basic flavours, delta or tadpole...   the difference between delta and tadpole configurations is simply the wheel layout. Delta trikes have two wheels at the rear and one at the front while tadpole is the reverse, two wheels in front and one at the back

Some of these seeming negatives are in fact just the opposite, bent trikes are indeed mostly low-slung affairs and in part this contributes to some of the positives of trikes - stabilty, ease of use (and maneuverabilty) and aerodynamic efficiency

In no particular order of importance, why do I like riding my trike?

1:   I don't have to worry about balance, which in turn makes it

º stable on loose gravel, sand and maybe even ice

2:   easy to stop and start, which in turn makes it

º easier to stop climbing a hill, to rest and then start again

4:  I can ride for longer periods and so ride further each day (if I feel like it)

Never engage recumbent cyclists in conversation about their outlandish machines. They're referred to as 'bents' for good reason. They'll extol the virtues of their bicycles until your eyes glaze over. You'll wish that, like a muskrat, you could gnaw off a limb in order to escape.

Bent riders are the bicycling equivalents of Moonies

Do not get sucked into the cult